Celebrating the Women of the Zwift Community for International Women's Day

Happy International Women’s Day! We think each day is a good day to celebrate the women that make up the Zwift community. We gathered a few standouts and asked to share their experiences. They came through in a big way. Dive in to find out how sport has helped them, where they find inspiration, and what role training and racing plays in their day-to-day. 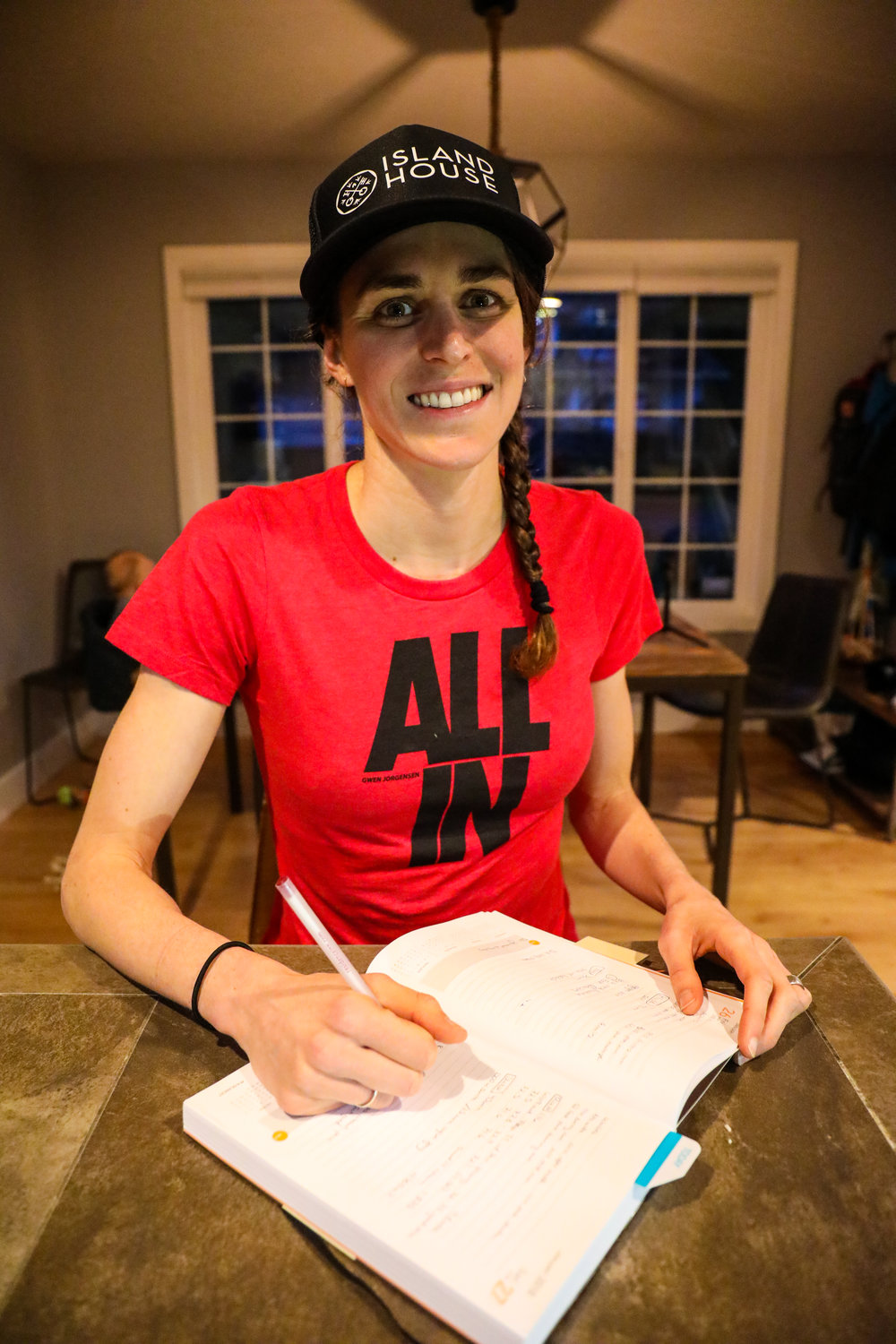 When most talk about routine, it’s derogatory. Boring even. Not professional marathon runner, Gwen Jorgensen. She’s all about it with her pursuit of the 2020 Olympics.

“I want to demonstrate that showing up and being average every day can lead to extraordinary outcomes,” explained Gwen.

The former pro triathlete was the 2014 and 2015 ITU World Triathlon Series Champion. She was also named USA Triathlon's 2013 and 2014 Olympic/ITU Female Athlete of the Year. 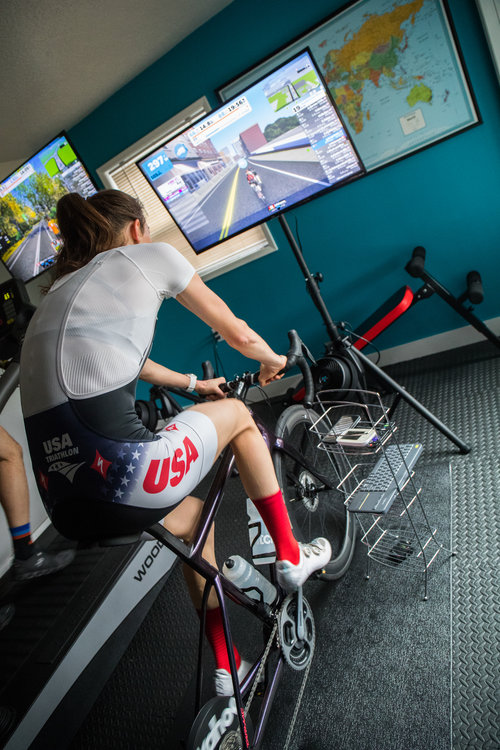 “Having Zwift in my house has allowed me to train inside effectively and not be totally bored. I absolutely love the community aspect as well,” said Gwen.

Being a new mom made Gwen appreciate Zwift even more.

“For myself and my husband, it fits our lifestyle perfectly. We are not always able to leave now that we have a baby, so to be able to train while he is sleeping has been great. It's the only way we can now train together without hiring a babysitter,” said Gwen.

And the game lets the former triathlete keep her cycling chops fresh.

“I still incorporate cycling into my marathon training. I love being able to hop into a race as I am competitive and my coach loves that there is no risk of me crashing,” she said.

Gwen also loves getting on the bike because cycling helped her meet her husband, who in turn, helped her become a better cyclist. 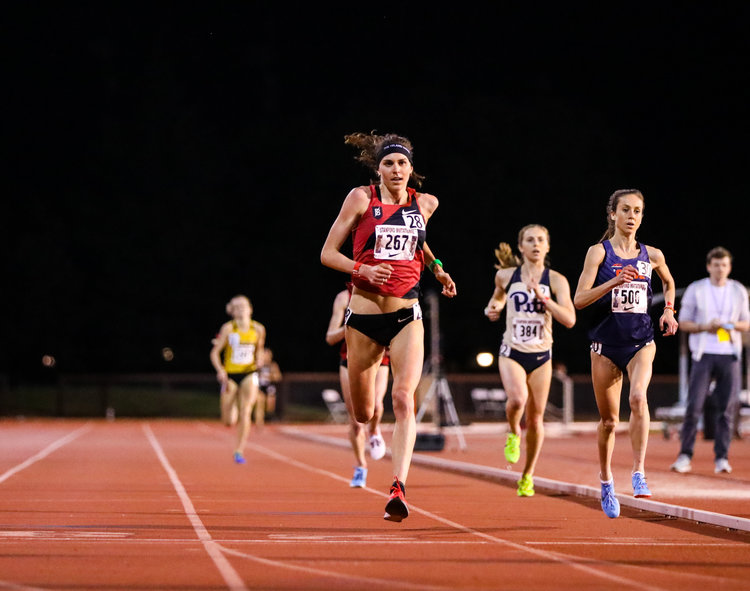 “I also love cycling because I met my husband on a bike ride. I will never forget that bike ride. He has encouraged me to push myself on the bike by introducing me to track cycling, mountain biking, and cyclocross. I was terrified to do all of these types of cycling, but with his help and with the knowledge that I can always return to my comfort zone I was able to push beyond my comfort zone,” said Gwen. 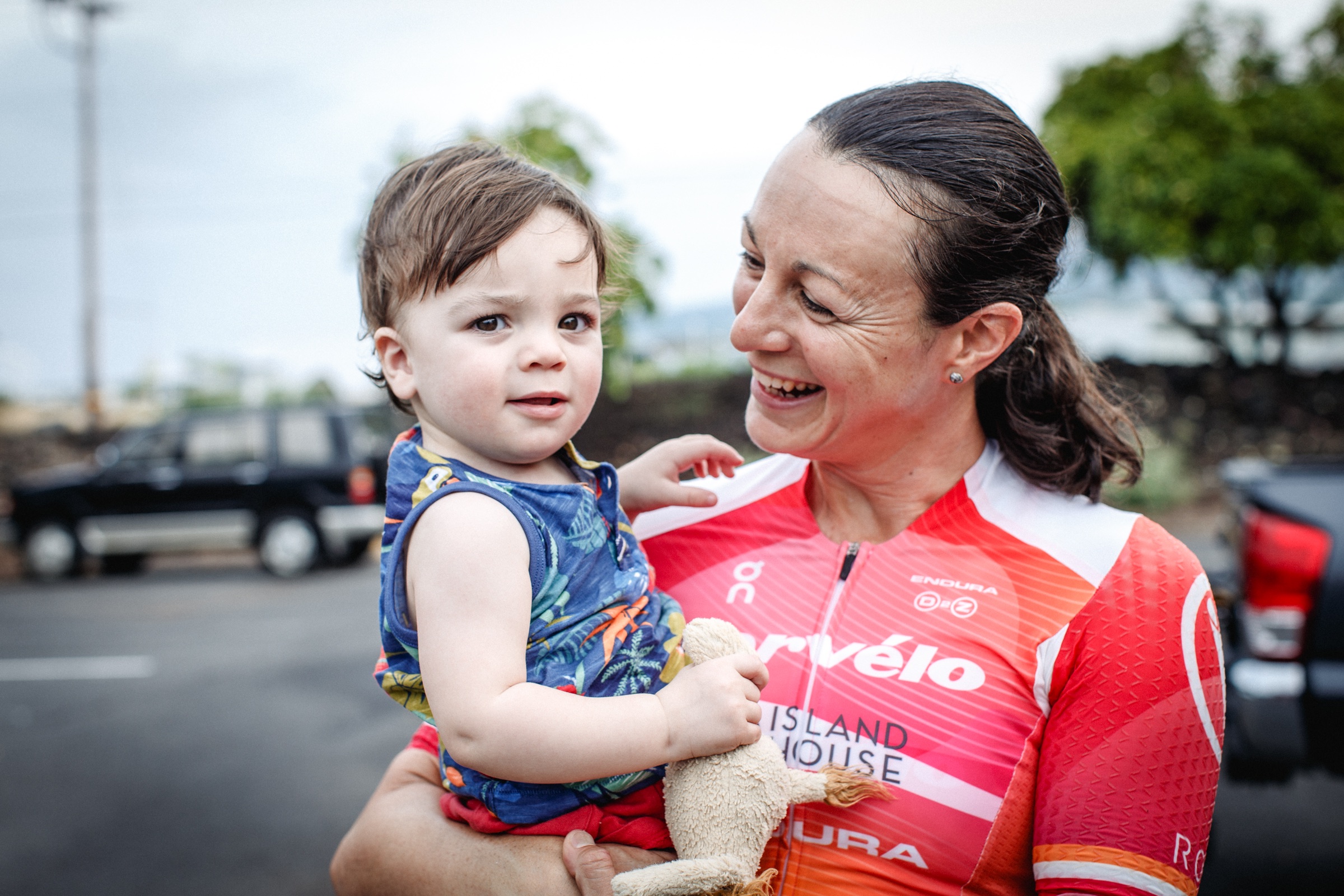 Learning to keep her head above water was a sink or swim affair for Rachel Joyce. A friend of the family tossed baby Rachel into the pool when she was just 12 months old.

It was her first PR.

29 years later, at the age of 30, Rachel quit her job as a lawyer and became a professional triathlete. She racked up a world title, six Iron distance titles and three visits to the podium at the Ironman World Championships in Hawaii.

More recently, she got together with leadership coach, Dana Platin, to create a REINAS, an organization that empowers girls and women.

“REINAS was born out of our shared passion to use sport as a tool to spark change and our mission: through leadership and sport provide individuals with the tools to empower themselves, and others, to greatness. REINAS really ties in with my long-held belief that the benefits of sport can go way beyond the sporting field,” said Rachel.

Now in semi-retirement, but that could change in the near future (hint, hint), Rachel spends a lot of time raising her young son, Archie, and helping fellow athletes to both succeed and use sport as a stepping stone.

“My passion is to see more women and girls using sport to thrive in life.  I loved racing triathlon professionally but did sometimes struggle with the often singular focus on my own performance,” Rachel said.

Being more crunched for time than ever before has made her appreciate Zwift in a big way.

“Since having Archie riding my trainer has come into its own: it’s time efficient and allows me to do really focused workouts with zero junk miles.  I was so happy to discover Zwift as pedaling away in my garage could feel a little solitary! Zwift has created an online cycling community: I “see” friends on the road, can ride different routes, and have some friendly competition all whilst riding at home!” she said. 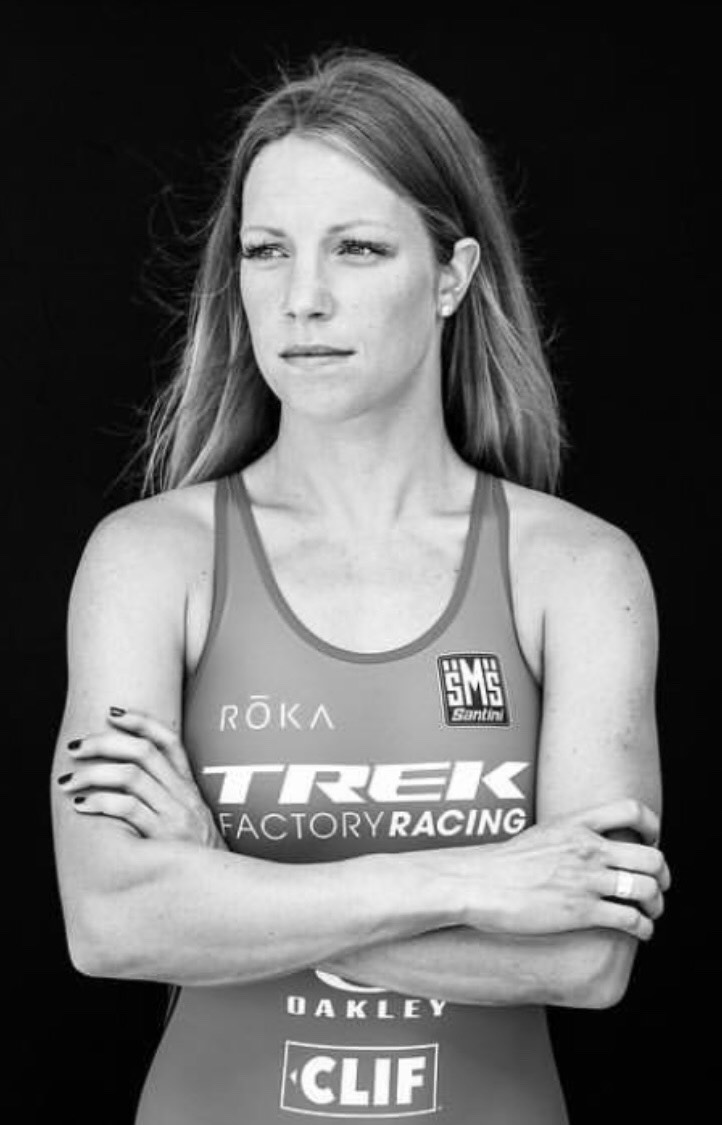 Three has been Holly Lawrence’s magic number since before she was born. In utero, she shared the warm waters of the womb with two others. And as a kid, she swam her way up the ranks of competitive swimming, safely in the shadow of her brother who splashed his way to Olympic trials.

“Later on in life that helped me,” said Holly, chatting about her talented brother. “I had a killer work ethic without the ego or pressure that my brother had and just focused on myself and being the best I could be. I still try to never lose that!”

Now a pro triathlete — aka 3-sport  professional — always see the water bottle as half full and that’s all the inspiration she needs.

“I’m lucky I get to do my hobby as a career, so it’s not that hard to be motivated on a daily basis.” says Holly.

That optimistic perspective is a very bright light at the end of a very dark tunnel.

One year ago Holly broke her foot. It was a bad break. A small bone called the navicular bone wasn’t getting much blood. And that’s bad for pro athletes. Holly’s surgeon told her she’d never compete at the pro level again.

“I came out of the appointment literally scream-crying as if someone had died,” said Holly.

Her career felt like it was over before it had even started.

16 weeks after surgery, she started training in earnest. Three months later she tried her first race:  Ironman 70.3 Middle East Champs in Bahrain. She won. A few months later she scored another win in Bahrain and recorded her fastest run, proving that even barriers that seem insurmountable can be scaled.

“That motivation is in all of us. For me it's more breaking down the barriers that stop people starting in the first place I started run clubs, cycling groups, and swim teams totally out of my league and I’m so glad I did because I wouldn’t be the athlete I am today if I didn't,” said Holly. 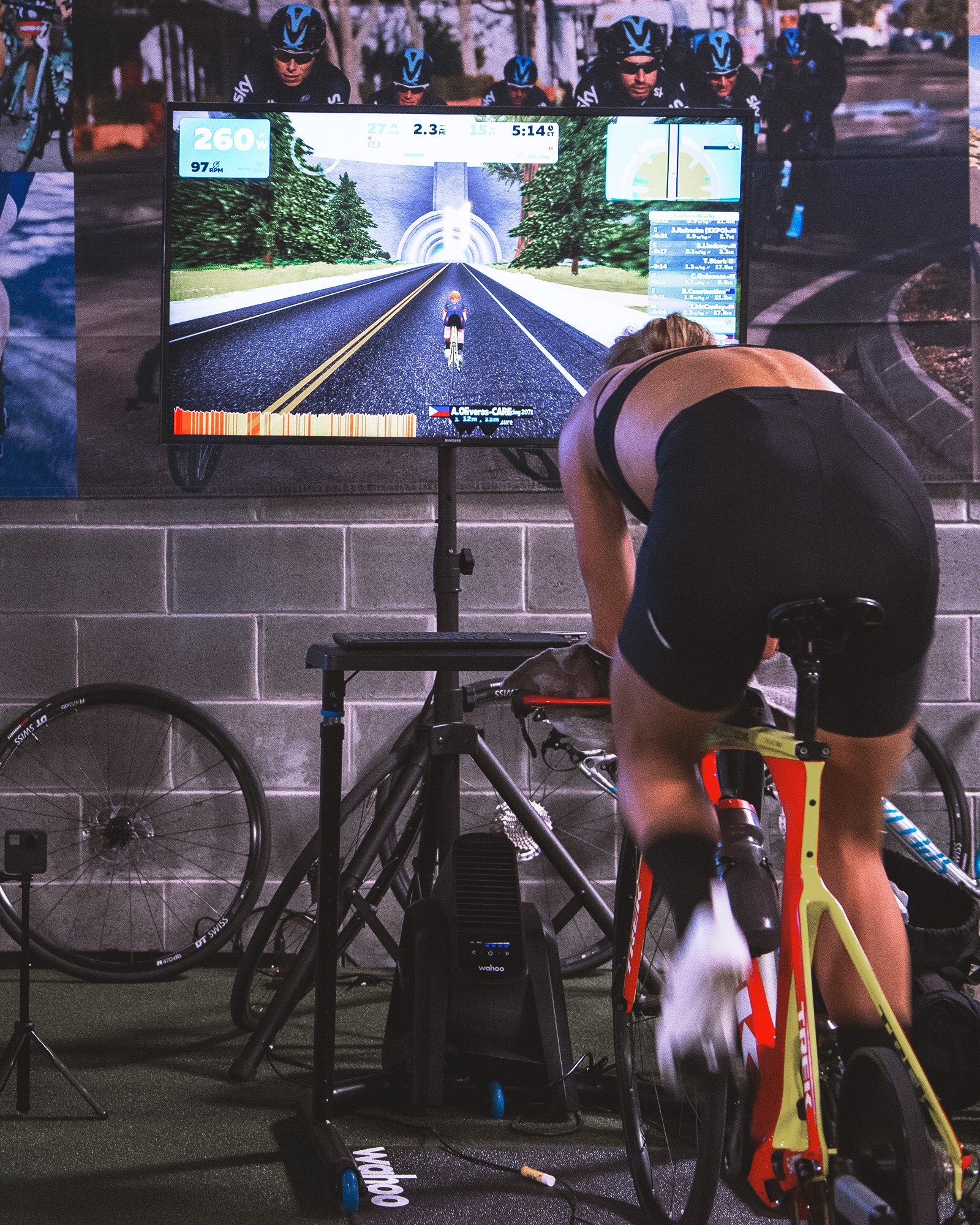 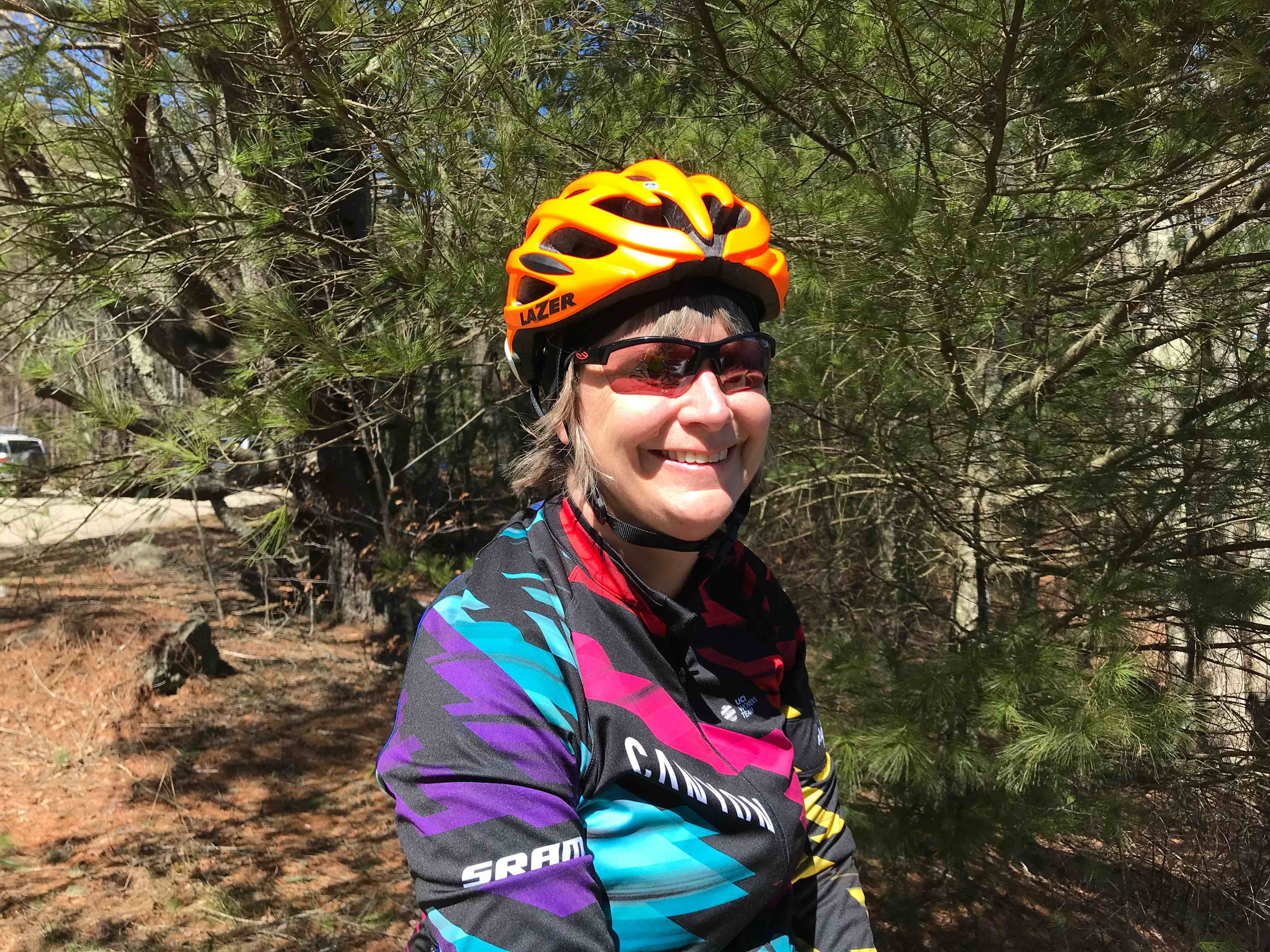 Riding from Southern Rhode Island, Linda’s passion for cycling is everything.

“For me, riding improves my physical, mental and spiritual life,” she said.

She and her husband got mountain bikes in the 80’s, and have been in the saddle ever since. (Raising kids temporarily pumped the brakes on century rides, but she’s slated for a few this year.)

As a pharmacist, she knows first hand how mental health needs attention, and sees fitness as a valuable tool in maintaining a positive well being. She credits cycling in helping her combat depression.

And opening doors to a community on Zwift. She rides regularly, exploring all that’s possible in Watopia. 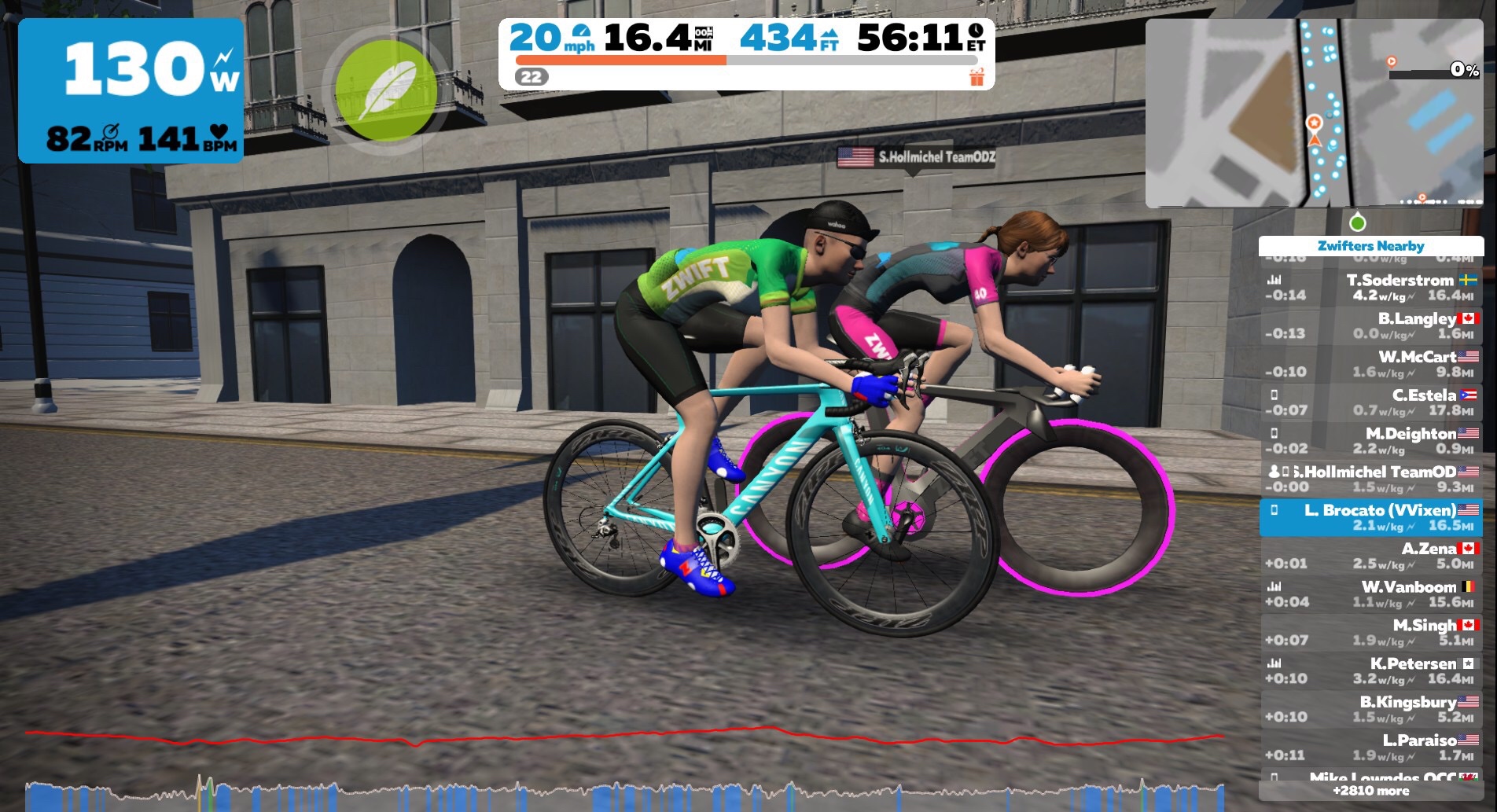 She has a workout partner 1,000 miles away. They use Discord to chat while they suffer together. She’s also found joy in leading group workouts, where her energy is contagious.

“I give people time and lots of encouragement.  There are no failures, only learning opportunities." 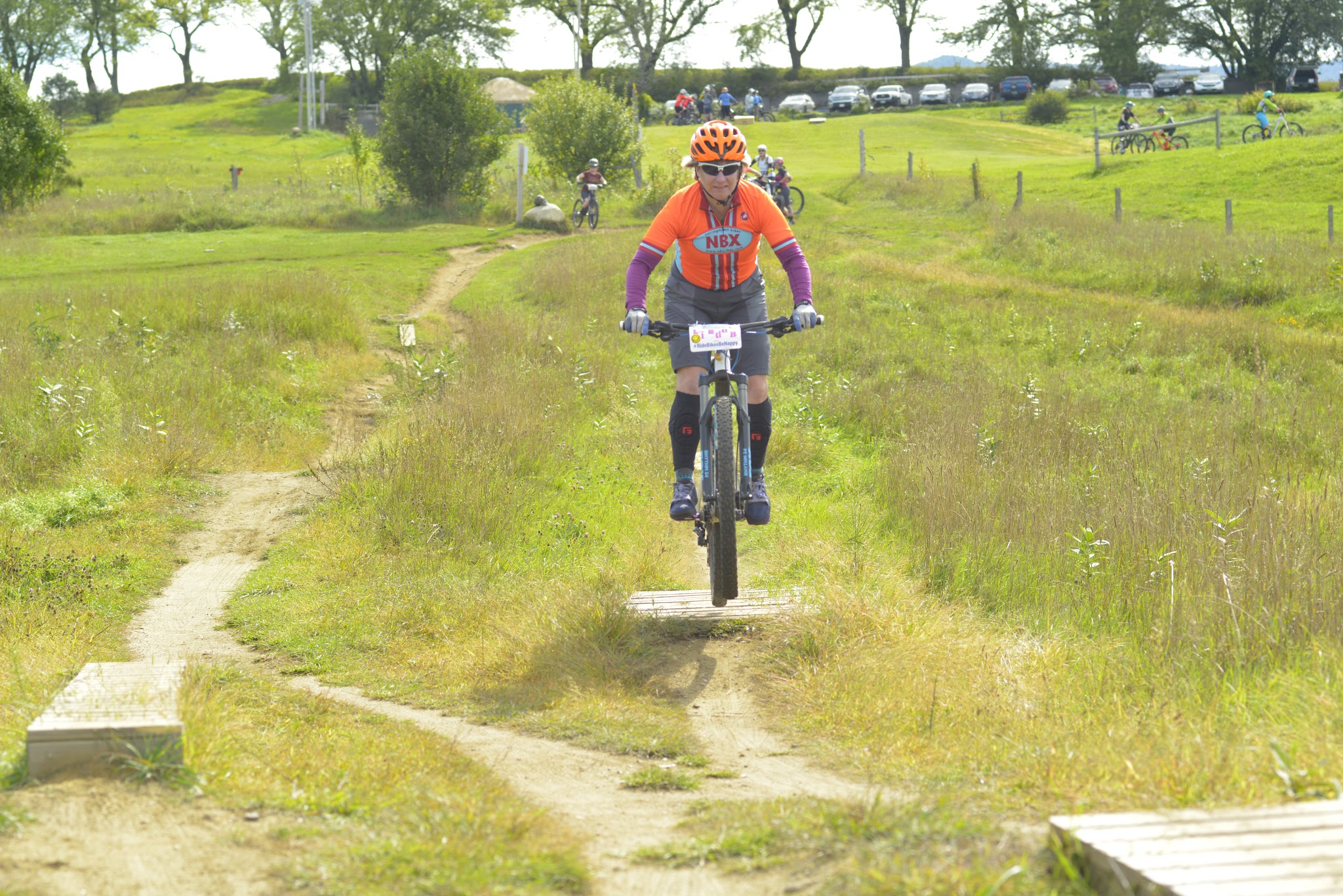 Between training sessions and now racing with team Vixen/Fox, she’s plenty busy on the bike. But the supportive community of women in Watopia makes it worth it.

“[There are] so many women cyclists here, all encouraging each other to participate. I get to have fun and encourage riders from all over the world.” 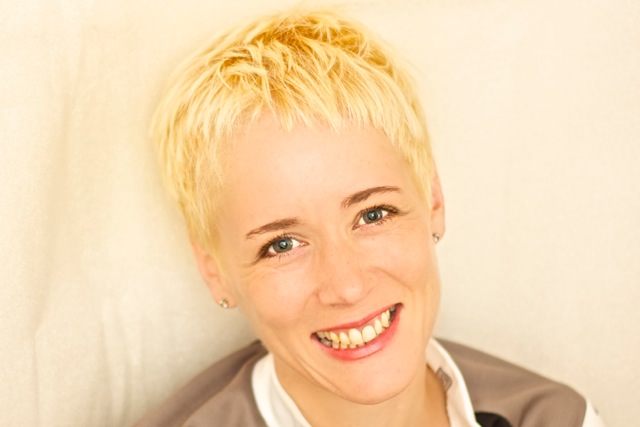 Willpower shapes everything, and Karen “Kip” Brammar is living proof. Riding from Shefford, England, Kip was an MTB rider on the international circuit who’s had her share of battles.

Early on, she’s struggled with a catalog of catastrophic health issues that would keep most people down. But stopping isn’t in her vocabulary.

Confined to a wheelchair but nonetheless eager to ride, Kip is an avid Zwifter who champions the safety and joy of riding in Watopia. For her, the thrill of pedaling is truly life-changing. 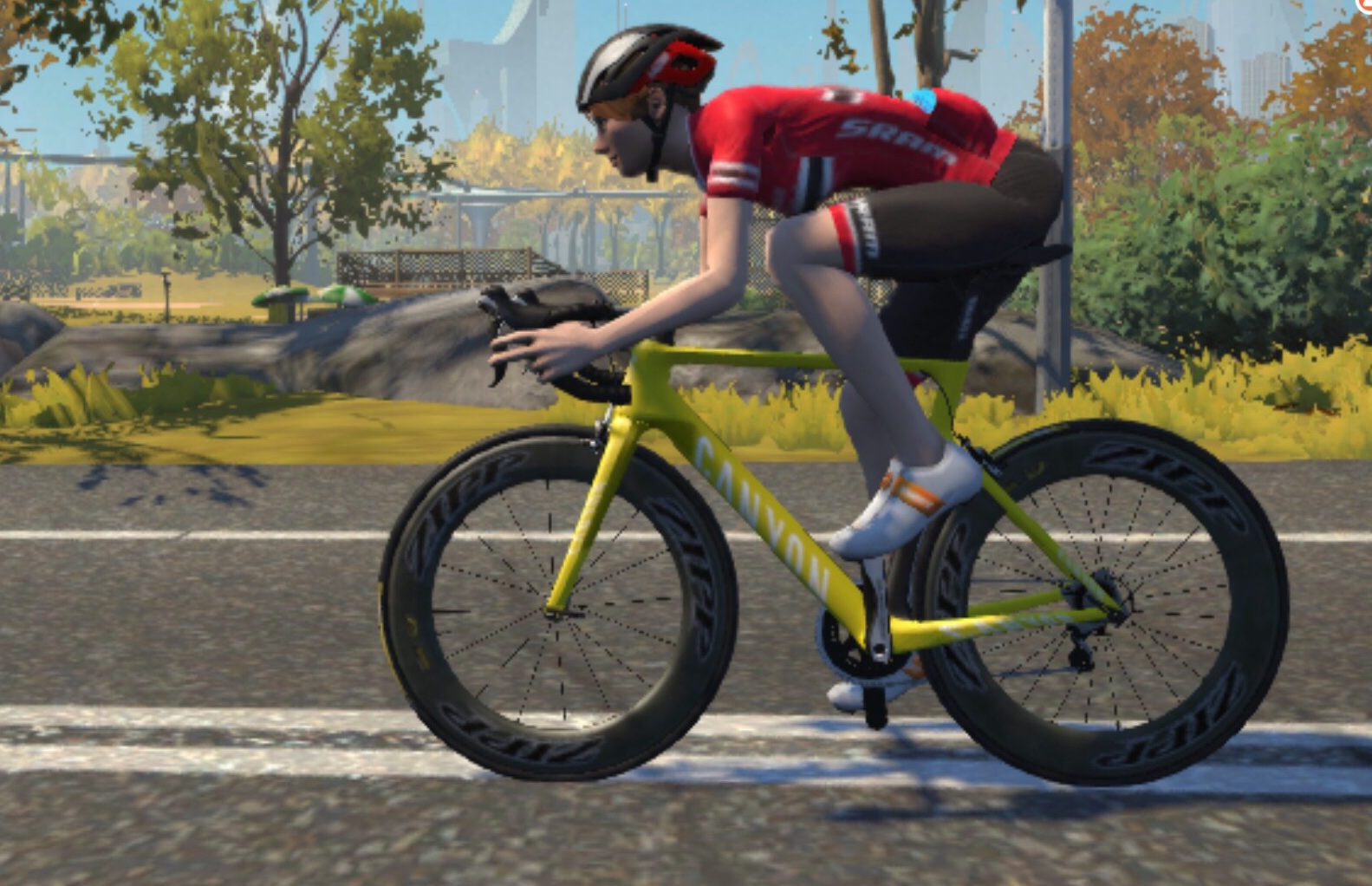 “It has lifted my mood. The endorphins from exercise mean I take less pain medication, my nerve function is better because I have better muscle tone, and my fitness has greatly improved.”

Riding has been so impactful, her medical teams are even looking at Zwift as a tool to help patients get fit prior to surgery and manage pain afterward.

Kip has a clear path ahead. She dreams of one day returning to ride in the mountains. With her mindset, she’s up for the challenge—whatever it takes. 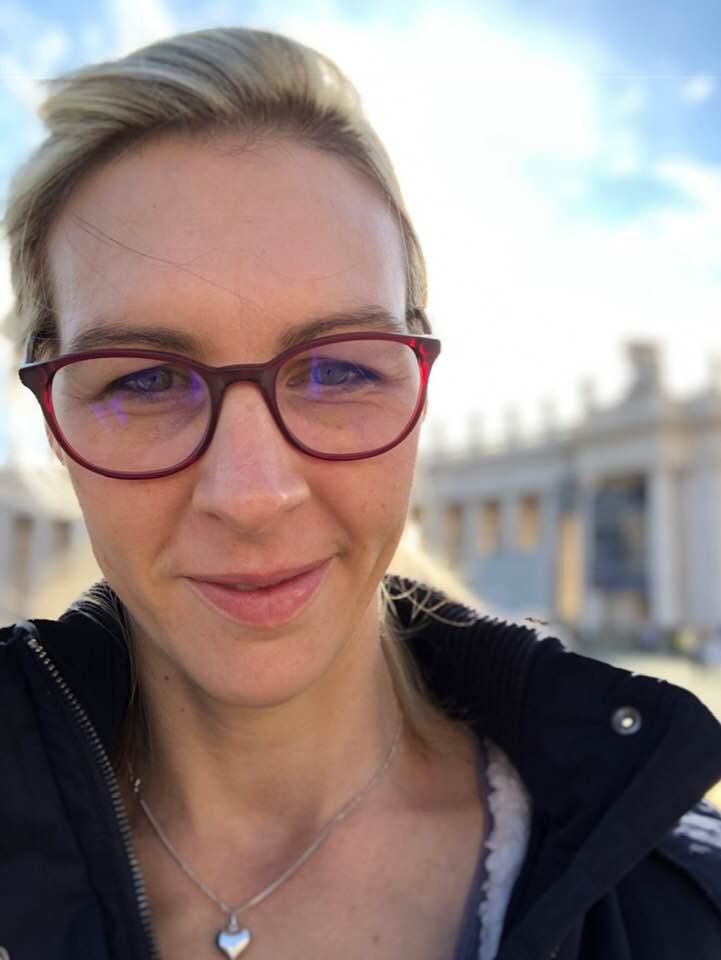 ‘Work hard, play harder’ must be Tina’s personal mantra. She’s a graphic designer, artist, and married mom of two daughters. But once dinner’s done and the kids are asleep, it’s her time to shine on Zwift.

Her path to Zwift has been a recent one. Originally from South Africa, she took up running early on, setting long-distance records at age 11. But all that mileage damaged her Achilles heel, and stretched her recovery time for far too long.

Keen to find an alternative, she fixed up a Specialized Roubaix she scored on eBay. Then she signed up for sportives and metric century rides almost immediately.

“I was so worried that if I stopped I wouldn't start again so blasted past all the feed stations,” she recalls. “I finished the sportive with a very sore rear end and totally ravenous, but I had huge smile on my face and medal to match.”

Zwift came into the picture last November, and she now spends 5-6 evenings a week training and riding with her team, Revolution Velo Racing. Fun fact: she also designed the team’s in-game and IRL kit!

Always the mama bear, she’s emerged as a motivating source for her fellow riders. 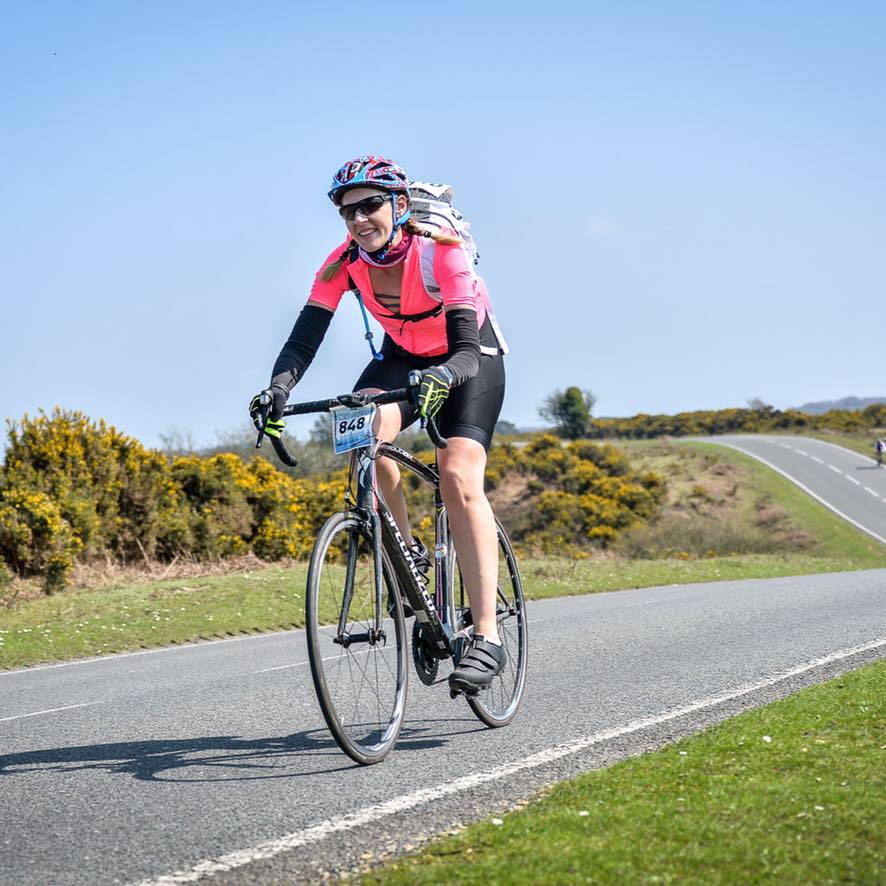 “I lead the Alpe climb on Wednesday evenings for my team and truly take my hat off to those pushing to new limits for the first time or hitting new PRs. I love seeing people surprise themselves and celebrate every watt bomb they drop.”

Tina cherishes Zwift as her time to unwind and ride unapologetically as hard as she can. The evenings are hers, but more people in the family want in.

“My eldest has given it a go a few times,” she said. “It has been a brilliant way for her to get used to her new bike and the gearing without being vulnerable on the road. She can practice on rainy days so that when summer comes she is totally confident on her bike.”