Tour of Fire and Ice - Tour of Watopia 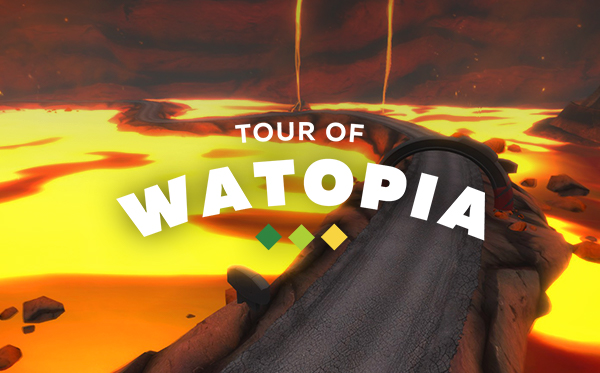 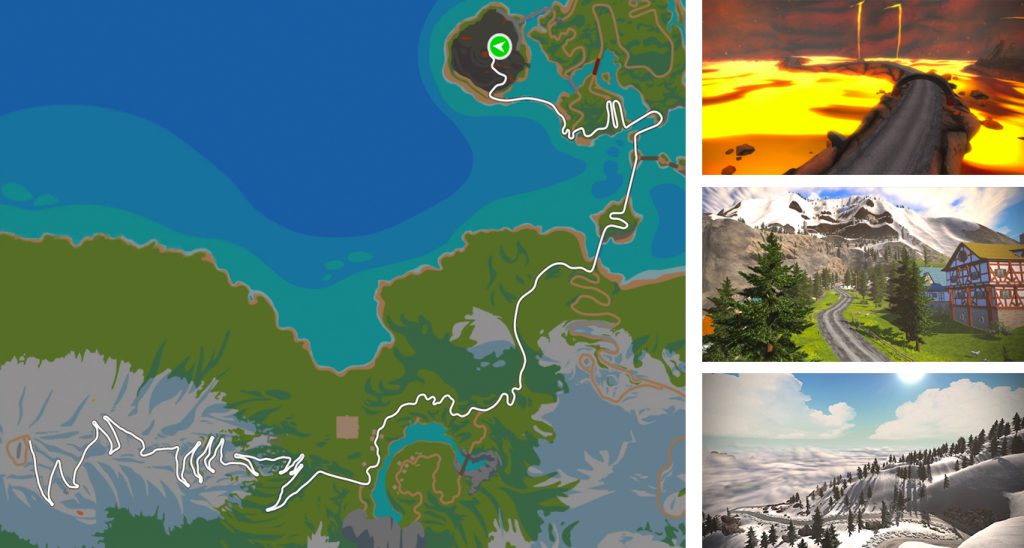 For all but the most intrepid climbers, the Tour of Fire and Ice will quickly melt away into the Tour of What-Have-I-Gotten-Myself-Into. It’s all up: almost 3,827ft // 1,166m of climbing in less than 15.6 miles // 25.1km. Don’t let the mileage fool you — many Zwifters will take more than two hours to complete the stage. Even the well-trained and genetically gifted will nab times north of one hour.

Without a doubt, the Tour of Fire and Ice is the most challenging stage of the Tour of Watopia.

The route begins at the Volcano Circuit: a fun and flat meander where Zwifters explore a volcanic island via ancient, cracked cement heading through a glass tunnel that spits riders out at the base of the volcano.

The Volcano is a custom element, built from scratch. “Figuring out how to make it feel hot was the most fun part about building the volcano,” says Tony Yruegas, Zwift’s Lead 3D artist. 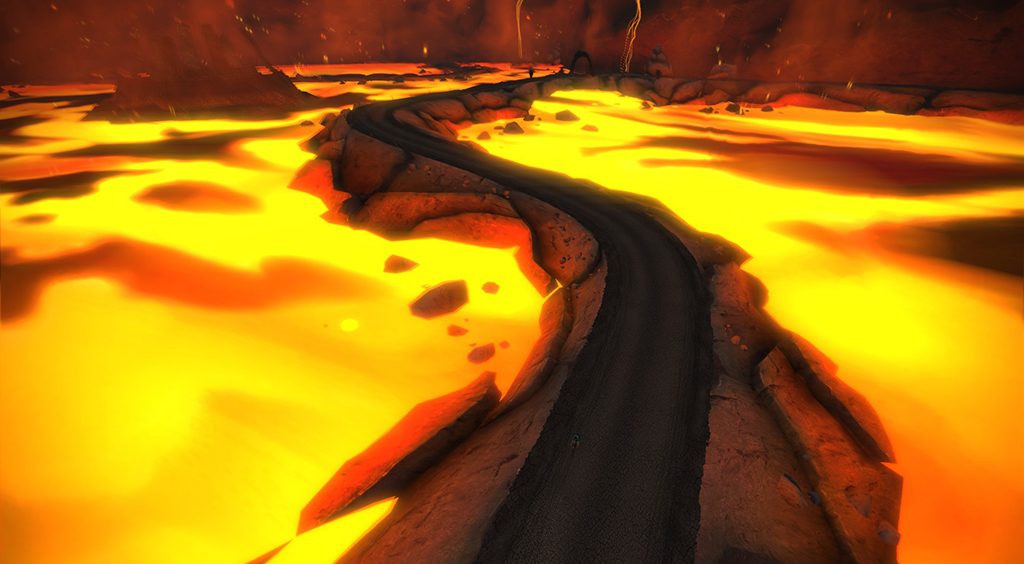 To bring the heat, Tony and a team of 8 added visual distortion, similar to what you see when heat is coming off the desert asphalt in the triple-digit (at least in Fahrenheit) temperatures. That mixed with the cranked up hues adjacent to the molten bronze did the trick.

On the way to the Alpe du Zwift, you’ll pass a massive seaplane, the Spruce Goose.

Since Zwift offices are in California, we thought it would be cool to bring in local lore where we can. From Zwift’s HQ, you can see the Pacific Ocean. And this is where the Spruce Goose, a plane made entirely out of wood, took its one and only flight. Built from birch, due to World War 2 restrictions on metal, the Spruce Goose was six times larger than any aircraft of its time. 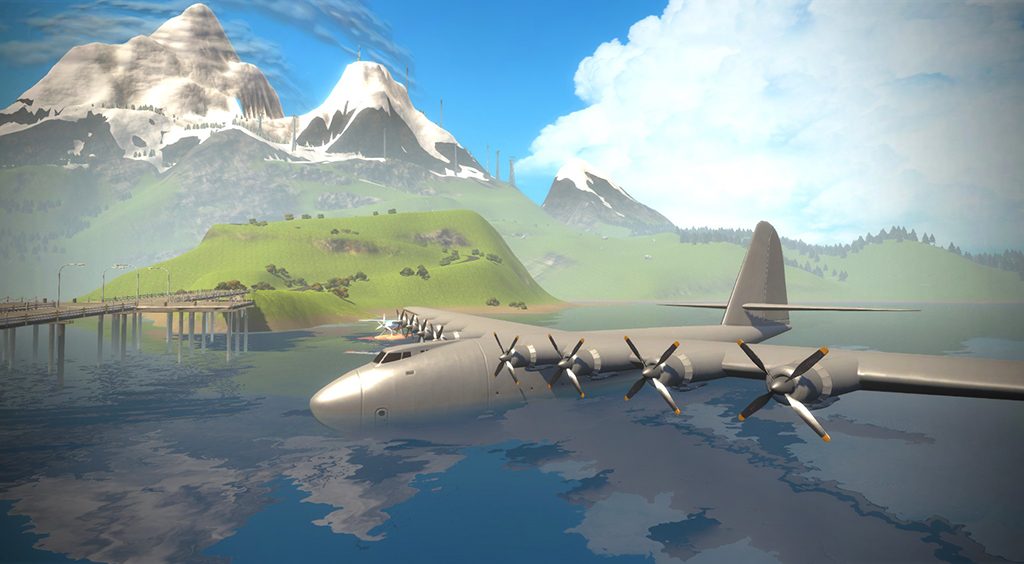 After you’ve flown past the Spruce Goose and climbed into the jungle, you’ll pop out near the bottom of the biggest climb in Watopia. Breathe in the lush green and appreciate all the arbors because the Alpe du Zwift climb is just up the way.

Modeled after Alpe d’Huez, the famous climb in the Tour de France that includes 21 hairpin turns and an 8.5% average grade — translation: STEEP!

On the road, as you climb, you’ll see motivational messages to inspire you as you ascend. You’ll also see the natural progression of plant life. In the real world, factors like the orientation of the mountain dictate how much sun a particular stretch of road receives and there’s less oxygen as you ascend, which we were able to recreate.

For the summit of the Alpe du Zwift, we developed new tech that enabled us to drastically change how the game looked based on time of day. Thanks to this technology, buildings look different in daylight than they do at night. The day/night cycle is set to random intervals and isn’t based on your local time zone to see.

Some favorites from the design team? The Aurora Borealis effect in the night sky. The laser at the Observatory that blasts into space at night and the Research Compound — next to the blimp landing pad —  has its lights turned on adding to the night time feel. Look for these when you get to the top.

Alpe du Zwift KOM: Watch for the segment marker on the side of the road soon after passing through the Alpe du Zwift expansion gateway.