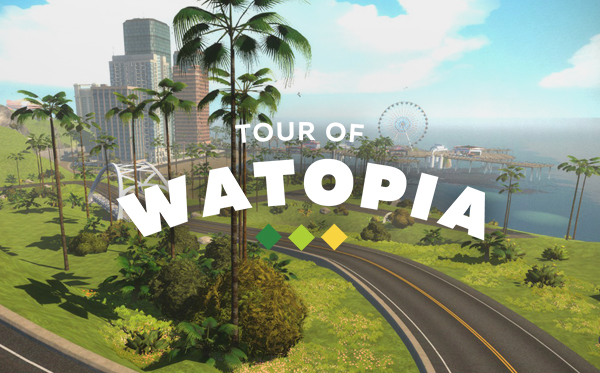 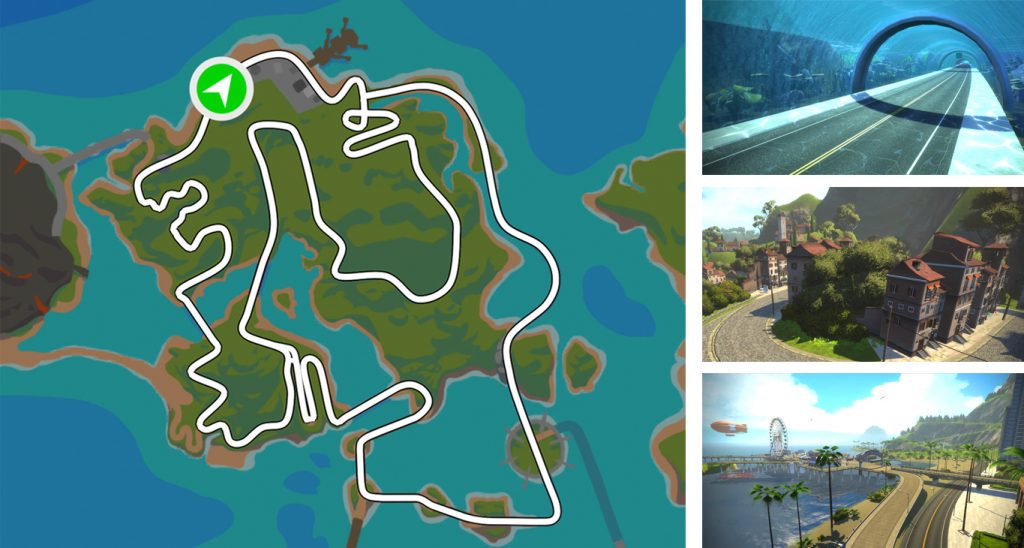 The Figure 8 is the longest route available from the Ocean Boulevard expansion. Utilizing every stretch of road, you get a taste of just about everything on the main island of Watopia.

Taking inspiration from seaside attractions that line the Californian coast and buildings that surrounded us in Long Beach, our design team started building. When Watopia was initially released, you could see the progress in motion. With fewer buildings and graphics elements, many structures were in various stages of completion. Construction barriers and heavy machinery littered the urban landscape, before giving way to the natural beauty of Southern California-inspired nature that includes wide open roads, where Zwifters pedal between the Pacific Ocean and its awe-inspiring sunsets and rugged mountains.

As game updates were released, these construction zones progressed — a story or two added to a building — and were eventually completed. Fewer hard hat areas existed with every release as Watopia gradually grew into the indoor cycling utopia it is today. 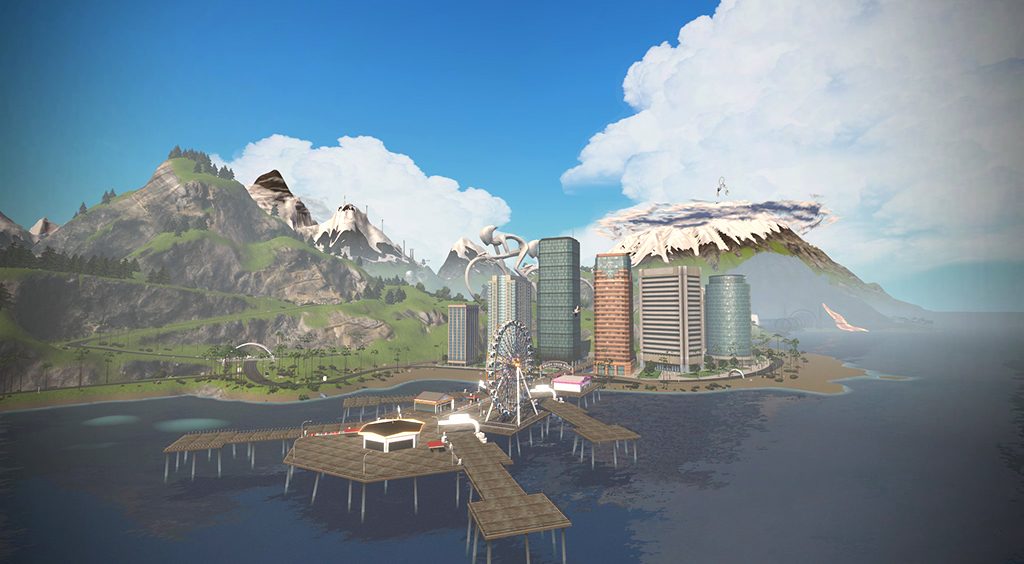 The pier that the Tour of Watopia (and most events start on) is a visual mash-up of the most impressive aspects of the piers in Santa Barbara and Santa Monica. The pier was first added to downtown Watopia and was intended to be a visual prop in the distance where detail was more on a silhouette level. This level of detail was changed into one of the most complex things in the game when we added Zwift Events.

The pier is the starting point for all events. So it had to look great while you waited in the pen. But more details means more polygons and that translates into massive memory suck. When an event is about to start with thousands of Zwifters on the pier,  this warm-up area is the most memory heavy feature in Zwift. That’s why the pier is always under construction — we are constantly tweaking this balance of detail and memory load.

Heading out of the downtown Watopia, you pass through the underwater tunnels that make you feel like you’re pedaling through an aquarium. You may spot a massive stingray, Zwift submarine, and remnants of a sunken ship. Once you pop out on the other side, you’ll see the Jarvis Tree: a giant Sequoia with a massive hole at the base.

The real world “Pioneer Cabin Tree” inspired The Jarvis tree that appeared first in Zwift’s first beta course — Jarvis Island - but was only half the size it is today in terms of polygon count. The Watopia version of Jarvis tree stands tall at 4889 polygons.

After a hop, skip, and a jump across a few connecting tiny islands you’ll be back on the main island and heading towards downtown before your second loop of the Figure 8. You’ll soon spot two features: “Hank’s Gas Station” and “Bike the Redeemer.”

Zwifters who have traveled through California are familiar with these old-timey gas stations built in an era, where a fill-up included a quick check of your oil and maybe even a wash of your windshield. 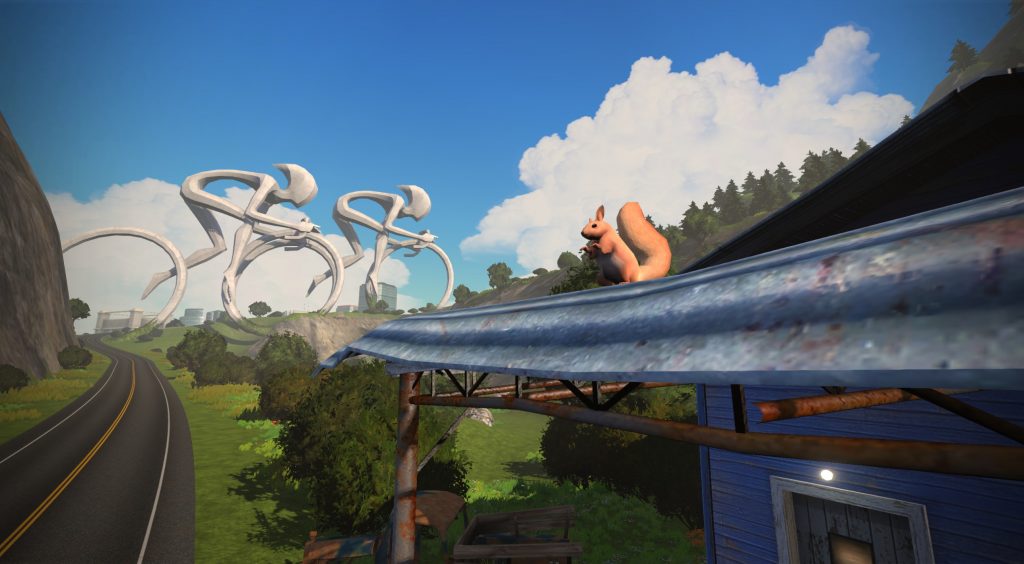 “I like how it creates an eerie feel of a random shack in the middle of nowhere amongst a relatively quiet road space. It’s unexpected, but works really well.” explains Zwift 3D Designer Takashi Morishima.

And that’s what makes Watopia and the Figure 8 course great. Just a few miles from the downtown hustle and bustle of a seaside pier is a blast from the past. This world full of fun is about as close as you can get as riding the Pacific Coast Highway above Santa Monica.

JW Bridge Sprint (AKA Sprint Reverse)- This sprint segment cross the JW Bridge, a bridge named after a disabled Army veteran who utilized Zwift to get in shape — the  Julynn Washington Bridge.